This guide provides instructions on how to deploy the pre-built example stack for AWS. This example stack is configured to use the following:

The stack also includes an early version (free while in Alpha) of the Basebot manager - a graphical interface for managing simple Q&A style responses without the need for code.

The deployment is provided as an easy to deploy CloudFormation template that will have you up and running in a matter of minutes.

Note: While this configuration has been extensively tested this stack is provides "as-is". Issues should be raised via the main Basebot Issue page.

Before deploying the template there are a number of pre-requisites that need to be met along with some additional information you will required to provide.

The above template will deploy a standardised AWS infrastructure to host the BaseBot core and manager Docker containers and has been designed to provide both resiliency and security, whilst utilising services that keep operational tasks to a minimum. 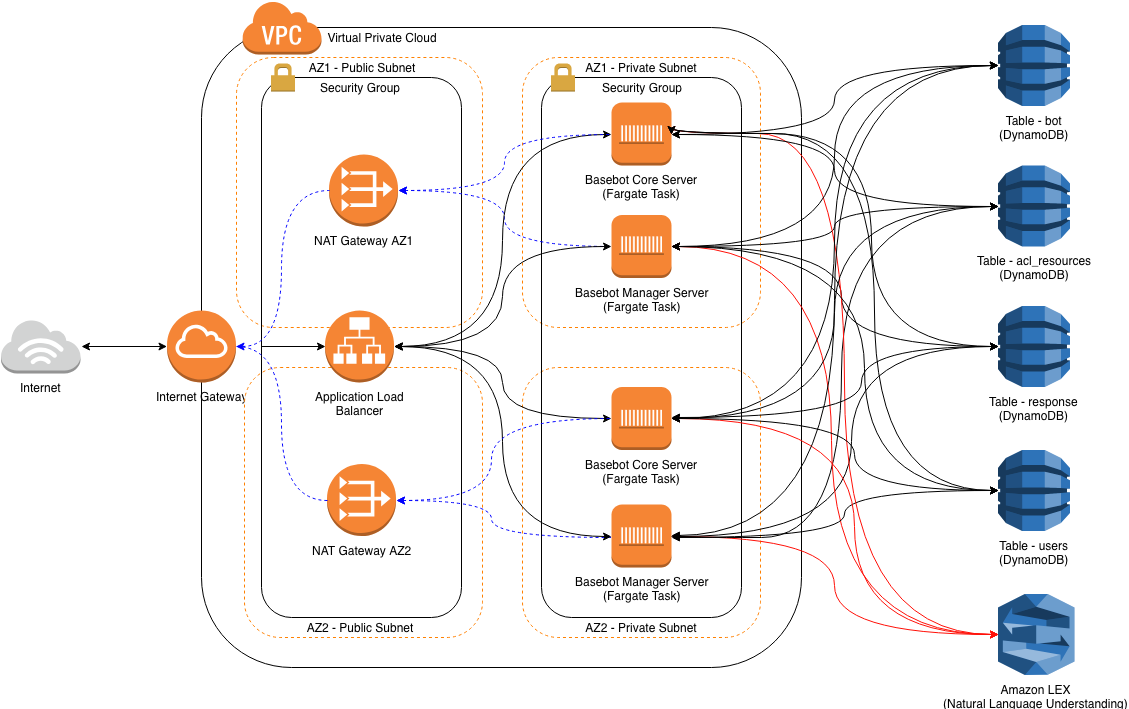 The design utilises AWS Fargate to provide a managed compute service that hosts the BaseBot Server Docker containers, persistent and stateful information is stored in DynamoDB tables, AWS ELBv2 (Application Load balancer) is used to make the bot server available to Bot clients on the internet. Amazon LEX is integrated into the Bot server to provide AI based Natural Language Processing.